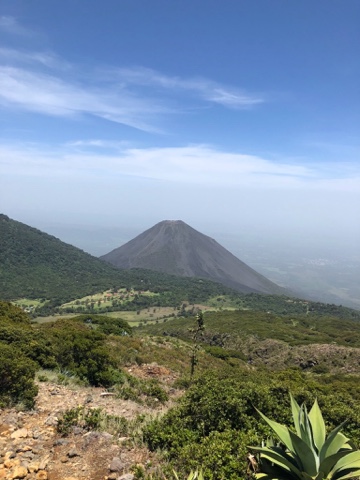 (For privacy reasons & safety of the children, the team was not permitted to take photos of the children they worked with today.)
Thursday, honestly the day I looked forward to the most, simply because I’ve never been to a volcano. Originally, we were going to be taking the kids from a local boys orphanage, but because of a few things going on at the orphanage, they had to cancel. Upsetting as that is we were able to take 8 of the kids and 2 leaders from one of the special needs centers. You could tell they were nervous but very excited to get to go with us. I guess you could say we were packed in like sardines on the bus, with a long ride to where we needed to go to hike. We were told it was going to be a 4 kilo-meters hike to the top of the volcano. 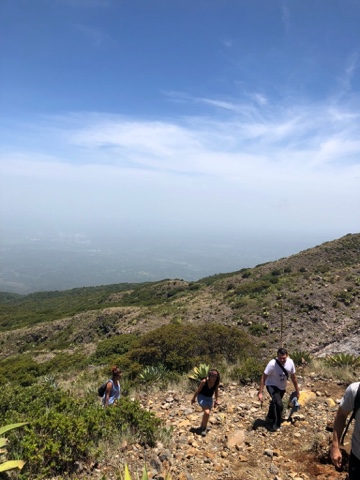 After an hour and a half hike and exhausted like we’ve never been before, we finally made it to the top. It was pretty chilly when we got there. We were warned and told to bring a hoodie of some sort but most of us didn’t. 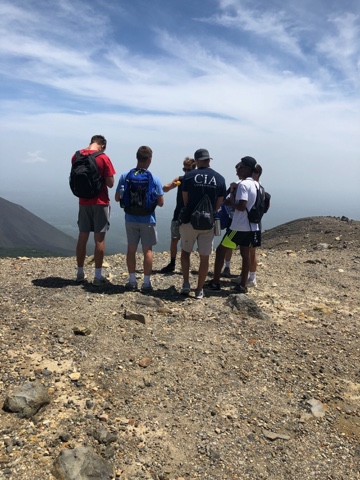 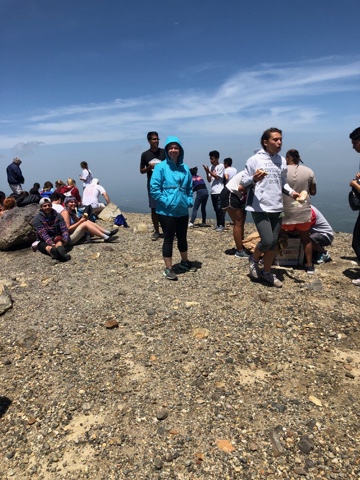 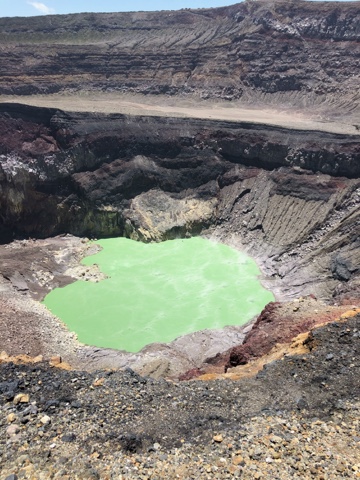 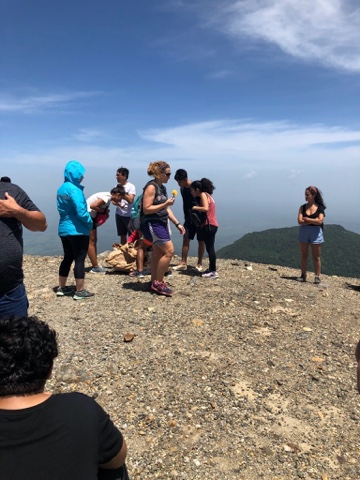 We took our pictures we wanted and admired the view for about 20 minutes, then it was time to start our descent down. The young guns made it down, in no joke, about 25-30 minutes, and waited at the bottom of the volcano for about 30 minutes while the remainder of the group was finally getting down. 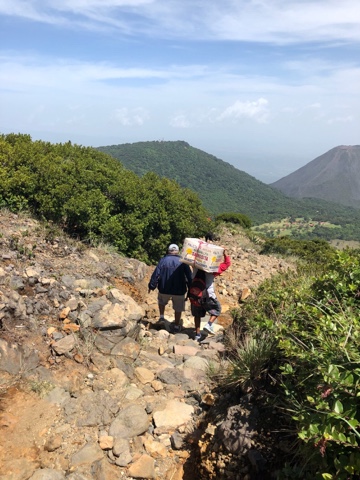 As we got back to the bus, Noah and I decided to throw football outside. Next thing we know there is about 4 kids wanting us to teach them how the throw an American football, there were even a couple translators learning as well. As we took the children back to Guirola, they had finally opened up and the bus was as loud as it was going to get. Man aren’t we truly blessed? Blessed to put smiles on boys and girls faces who literally don’t have much at all. Blessed to go out and show Gods love. Blessed to have such an amazing group to work beside and lean on when we’re tired. Finally, just thank you for another amazing opportunity to show Gods love to men, women, and children that none of us know, or even have the first clue of what to say to them. All praise to our God. 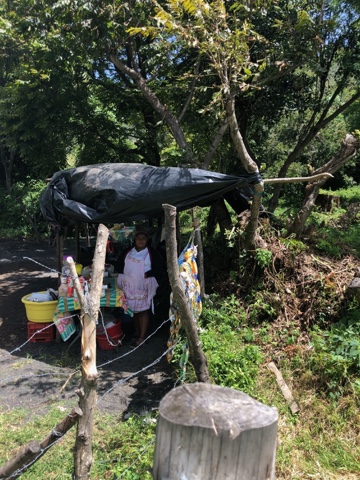 When we were on the way to the volcano I was sitting in the bus next to one of the teen girls. She had my phone and was playing with it. When I looked down she was going through my pictures. She originally found a picture of my wife and used one of the translators to ask if I was married. She admired the picture of my wife and then found a picture of my family. She looked over to the girl that was sitting next to her and smiled. She then changed the background to that picture. I set in awe for a moment thinking about what she saw in my family, wondering if she saw something that she knew she did not have. It made my heart break and at the same time made me appreciate my family even more.