Take me out to the ball game!

The team stayed busy again today!Church in the morning, followed by an afternoon of baseball at the national baseball stadium with the teenage boys from CISNA. Then, it was back home and packing meals to go out and feed the homeless again tonight! Your notes today come from Andrea Daniels... 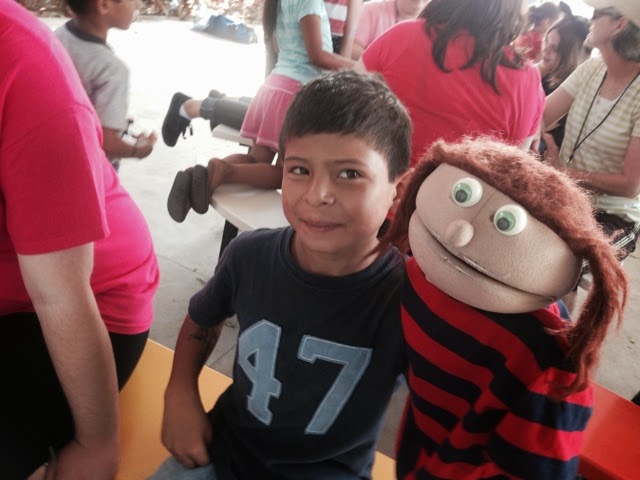 The first part of our day was a glorious reminder of God's love and his unfailing reassurances of his hand upon those who worship and serve him. We were blessed to hear Pastor Meana at Monte Calvario testify on his experience with Gods ability to restore. One would easily find there was a definite language barrier, but it did not keep us away from worshipping God during the "praise and worship" service. Mrs. Perry gave a wonderful " Spanish speaking" introduction for our team and our purpose in their Country. With Mrs. Blaine's gift of music she gave a beautiful rendition of "Amazing Grace", touching many with her beautiful voice. Team Starfish was later dismissed with the children. We were blessed to help with Sunday school. Melissa Vancleve, gave the message of Gods love and how having faith in Him can move mountains in ones life. Many of the Star Fish team members set up for painting shirts and hiding eggs for the Easter egg hunt.

The second part of our day was joyous, as well as a humbling experience.

After church we  ate lunch with a group of 77 at Pollo Compero and engaged in conversation with the boys from CISNA . 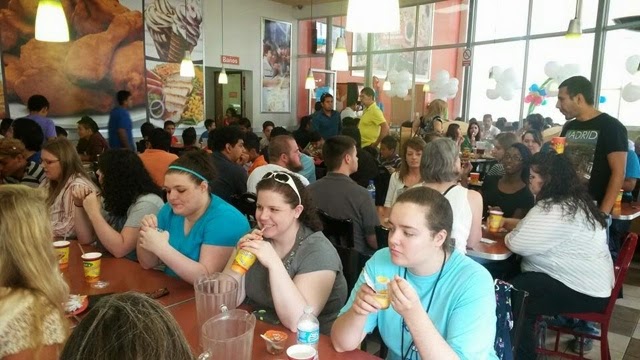 After lunch we proceeded to the National baseball stadium where we played an exhausting game of baseball. 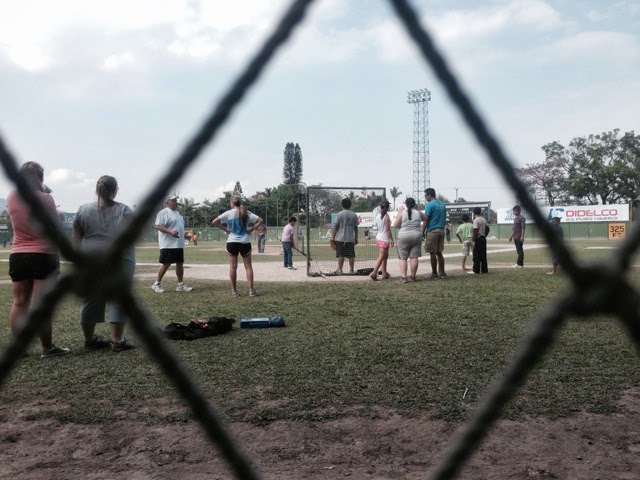 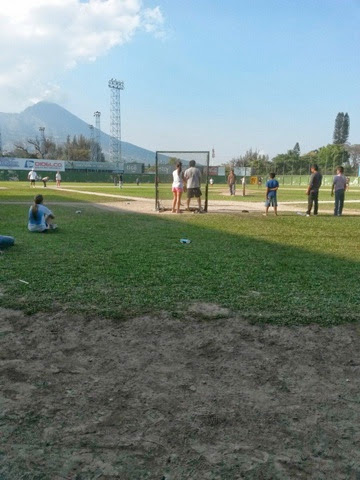 Our hearts were blessed by each one of these boys from young to old. 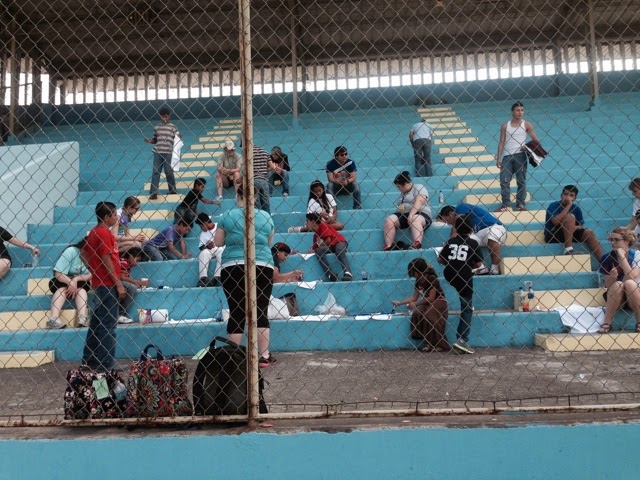 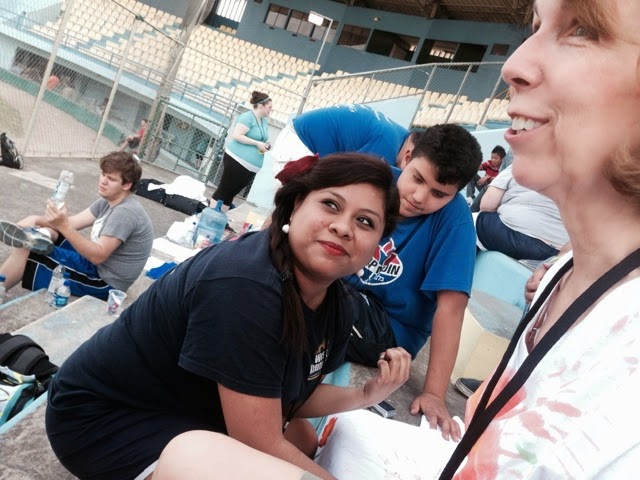 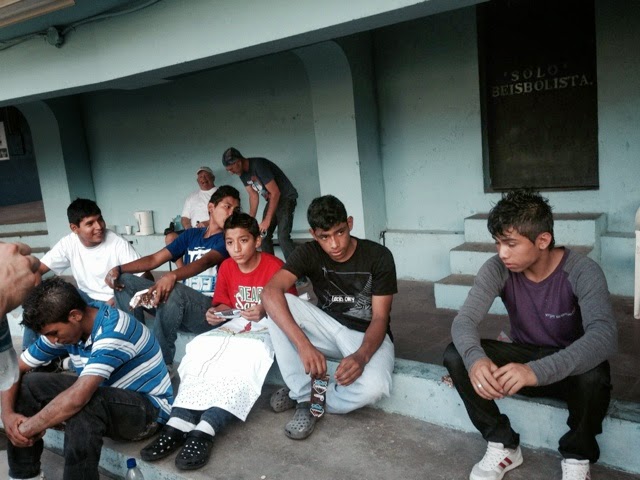 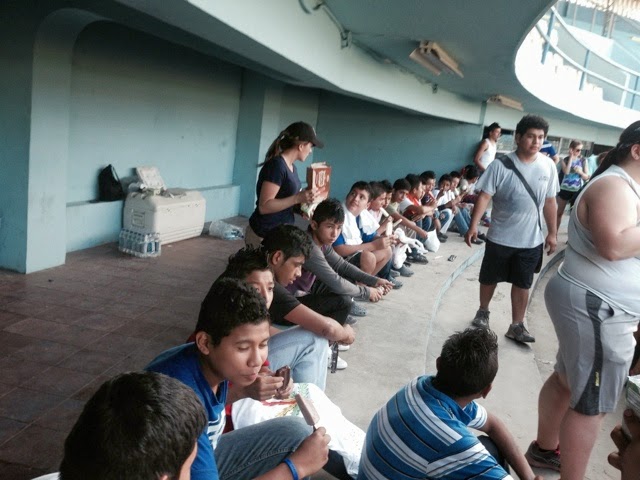 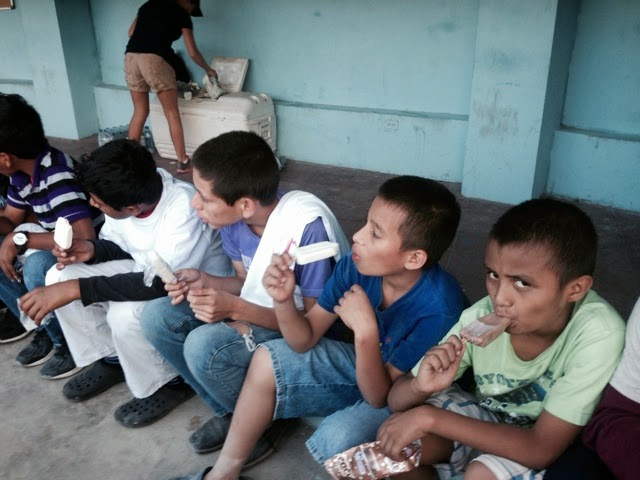 Although some of the boys did not engage in the baseball game they did enjoy crafts with some of the team members. 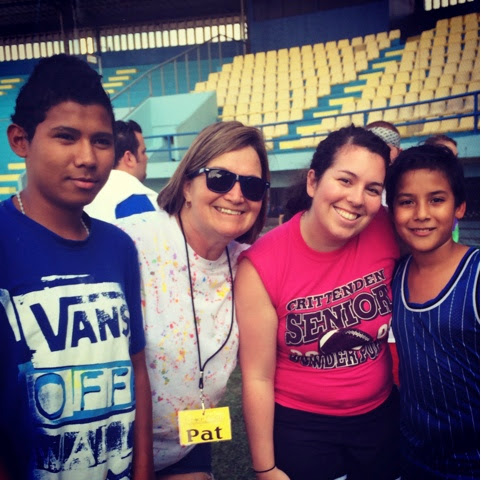 The closing of our day was reached with providing food for the homeless. This experience is not one that I can describe as it is to hard to put into words the emotions that one feels seeing these individuals. The great-fulness that is shown by these individuals is touching and heartbreaking. I will share a story with you: One of the men had taken his bag, knowing he was only aloud one, gave it to another with out a hint of regret. Thankfully one team member had seen his act of generosity so we could supply him with another bag.

While today may have been exhausting, I think I can speak for everyone when I say, it was an emotional and rewarding day.