The sun shone bright on El Salvador today as we kickstarted our week. Before we could jump in to the activities we had planned, everyone had to overcome the obstacle of sleep deprivation from the late arrival to the mission house the previous night. Tired but in good spirits we sat on the patio and were briefed about what was in store the following week while birds chirped melodically in the background. Just a little behind schedule we headed off to church.

By the time we arrived, the service had already begun, but that did not prevent us jumping head first into the worship as we joined with our El Salvadorian brothers and sisters in praising the Lord. The songs died down as the pastor came to speak. He walked in from the right side with a bible in hand and an oxygen tank rolling in behind him. As he talks he recounts his near death experience, declaring the Lord's intervention in what should've been the end of his life. What he said, though it was relayed to most of the team by translator, was moving and slightly eye-opening to the reality of death.
After the message we were dismissed to go to sunday school. The boys of the group did a dramatic retelling of the story of Joseph and afterwards enjoyed entertaining the kids with fairly poor balloon renditions of fishes and swords. 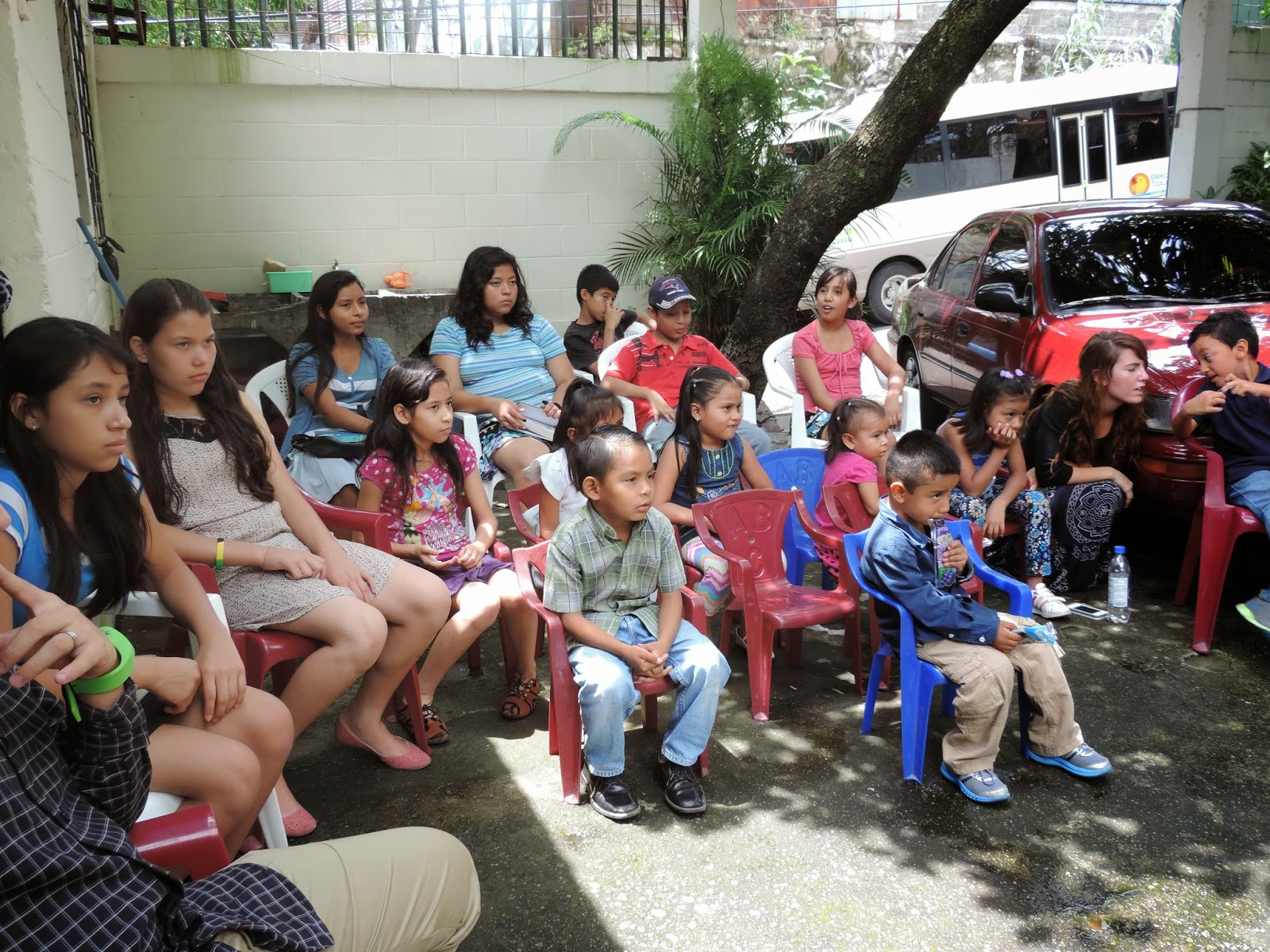 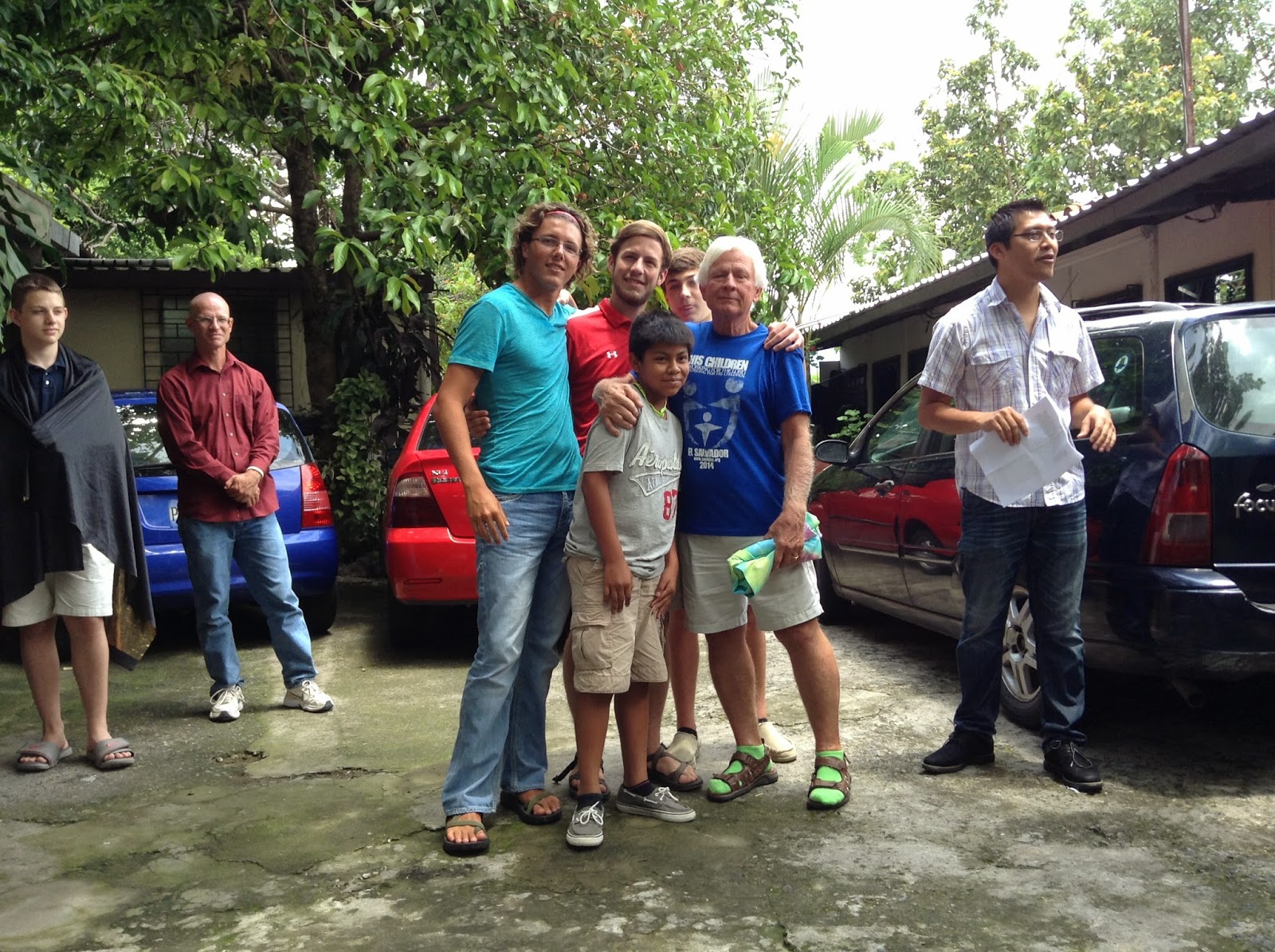 After church the team headed to Pollo Campero for a gourmet lunch. The team finished eating then quickly hurried to the mission house to change before heading to the ISNA center to play a competitive game of softball with the residing kids. Roy Hodges was the MVP with a home run, and several outs. During the game, a few of the members of the team set out on a quest to build a magnificent trampoline. The project, which was expected to take 45 minutes at most, lasted for a solid 2 ½ hours, but in the end it was finished. 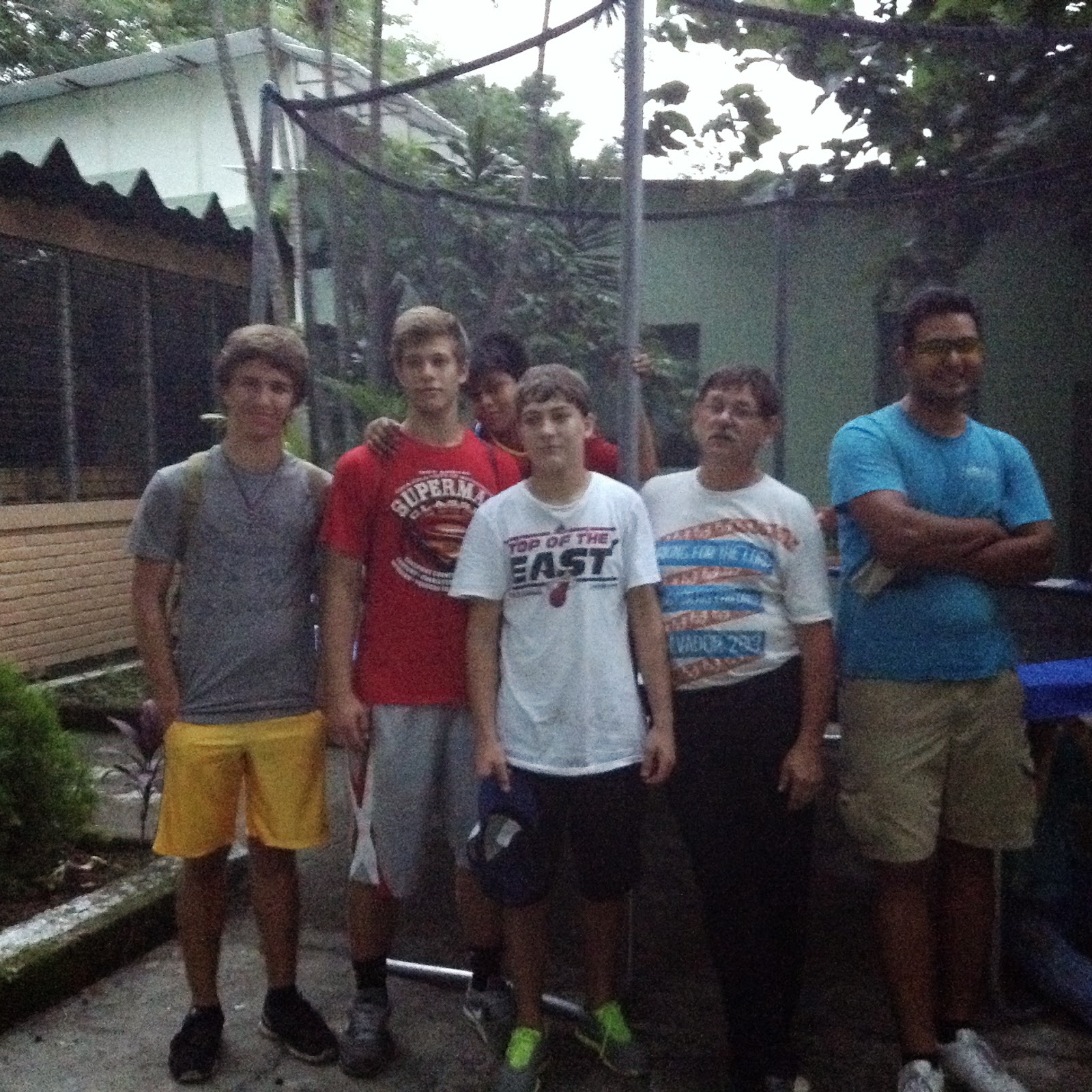 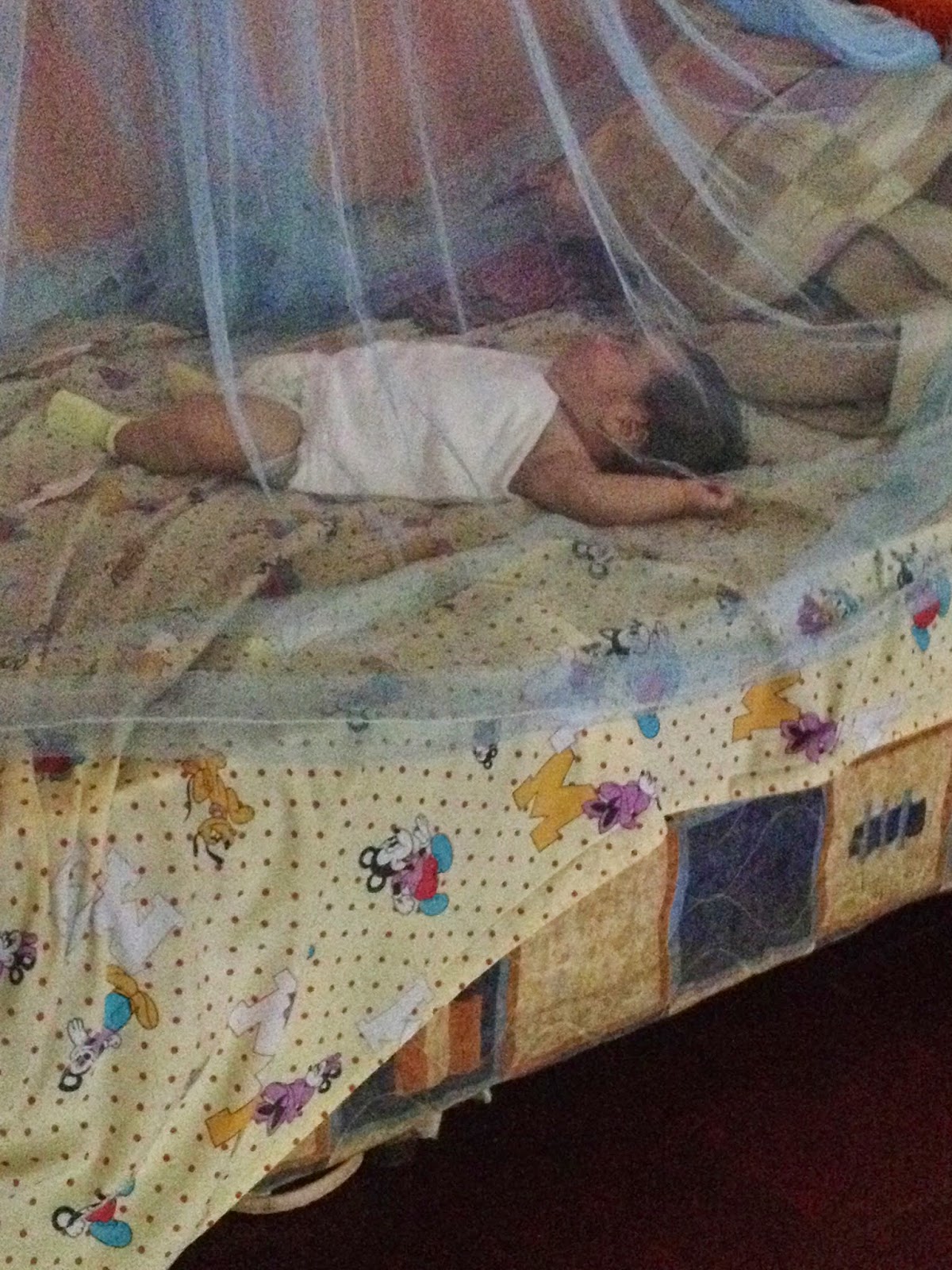 The team returned to the mission house for a wonderful dinner. Afterwards we fixed food bags for the homeless. In the pouring rain, we headed out onto the streets of El Salvador in the back of a pick-up truck, handing out bags to the people in need we came across. Seeing people living in these conditions was heart-wrenching, and I think I speak for everyone when I say that it breaks my heart to see that I can't help every one of them.
More wet than dry, the team returned home to deflate, reflect on the day, and to prepare for tomorrow. 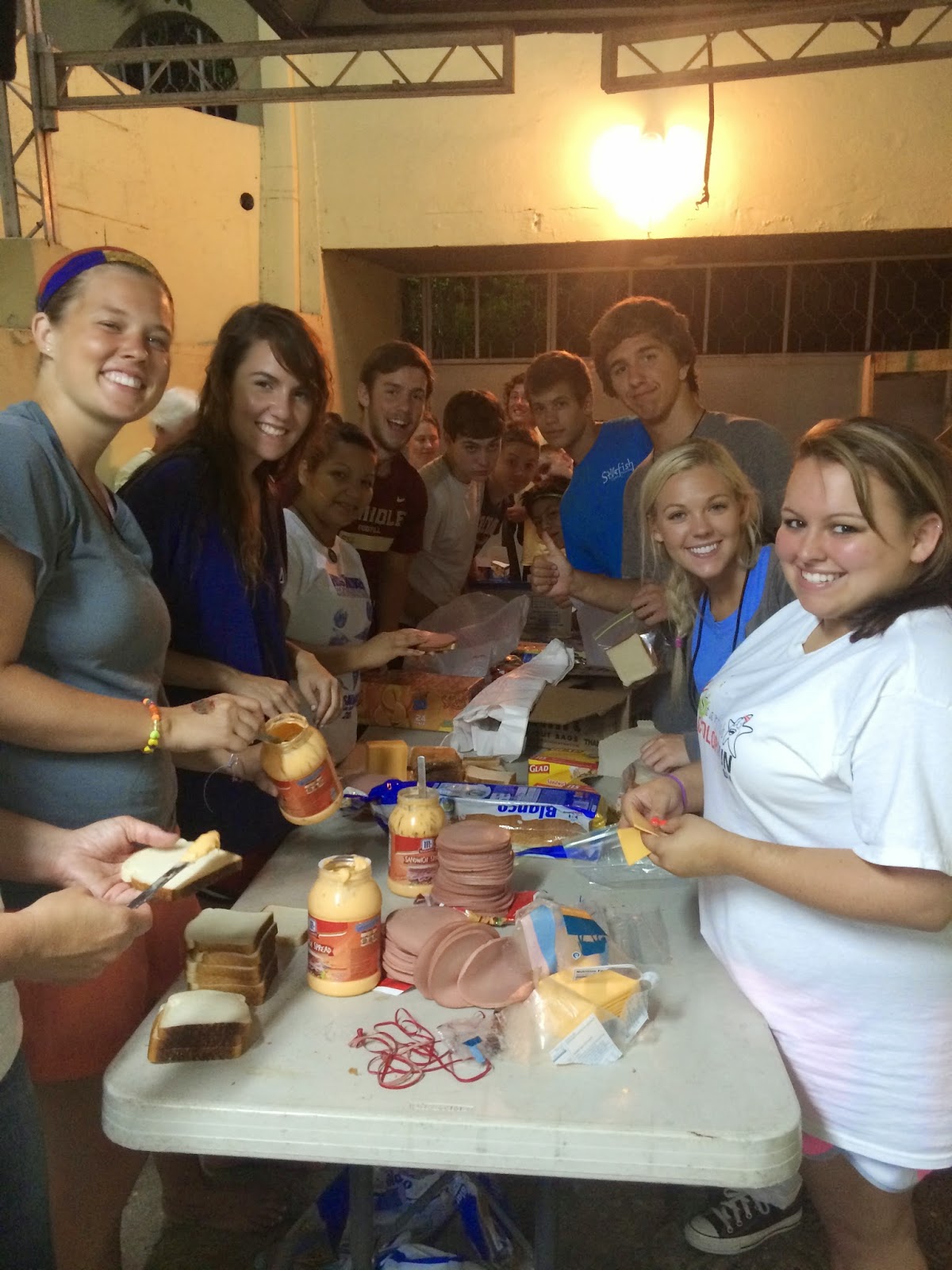 Posted by Starfish Orphan Ministry at 1:26 AM