Sunday, Who knew PE could be so fun? 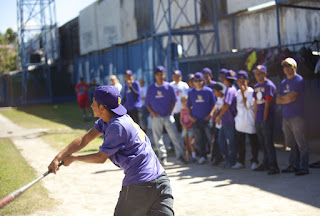 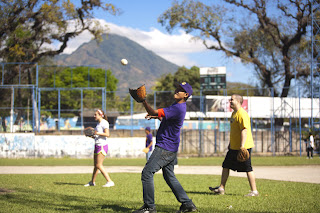 Today we took the Cisna boys to the national baseball stadium. As soon as we arrived to the sadium, one of the Cisna boys, Miguel, ran to Alex, Ryan, and I and gave us a huge hug. Migeul had remembered us from our previous visit to El Salvador in Februray 2012. At the stadium we first taught the boys the rules of the game and how to throw, catch, and hit the ball. Once every boy learned the basics, the boys had to opportunity to practice what they had learned. Once they felt that they were sufficient we played an actual baseball game with them. We mixed the "gringos" and salvadorians to create two teams. Even though the boys had only played baseball several times, several boys were extremely good! 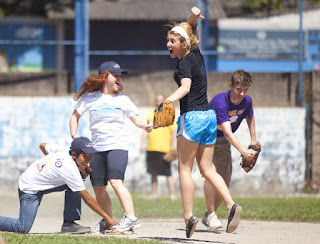 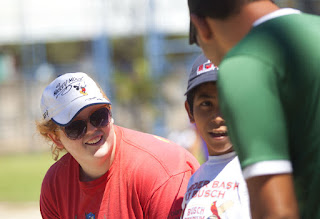 After our baseball game, we took the boys out to eat at Pollo Campero. Pollo Campero is a restaurant that is known for their fried chicken. It's kind of like an American Kentucky Fried Chicken. We sat with the boys and attempted to communicate with them while eating delicious chicken. Much better than KFC if I do say so myself! 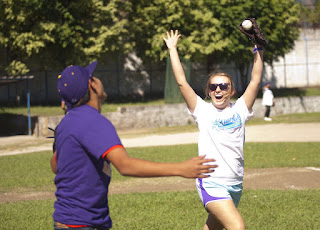 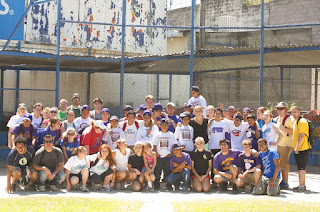 After Pollo Campero we took the boys back to the mission house to the community park. This was the first time our team had visited the park. It was super cool! The park had a soccer field, a basketball court, a volleyball court, some swings, and monkey bars. At the park we played whatever the boys wanted to. We had a pretty sweet basketball and volleyball game! And the beautiful weather only contributed to the day we had. 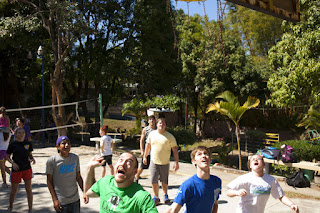 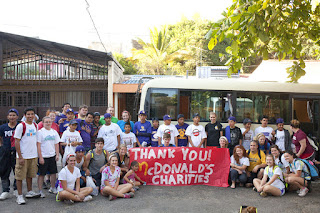 When we took the boys back to Cisna, we toured their orphanage. Last year when our team visited, the cafeteria was just an empty room and the food had to be cooked in another location and brought to the orphanage. So, after seeing the need for something better, our team donated money to help pay for improvements to the cafeteria. This year when our team toured the orphanage, the cafeteria had tables, chairs, plates, cups, silverware, and a whole new functional kitchen! It was so cool to see how much the cafeteria had changed in one year. It felt great to know that we really were helping out people in need. I loved being able to see the physical change! ~ Todays notes were provided by Ashley Latham 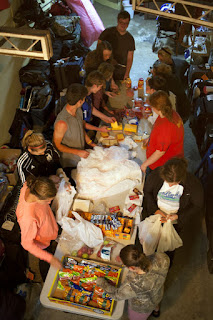 Last night the group also packed meals and headed out to feed the homeless on the streets of San Salvador.
Monday, they will be throwing a quinceanera, or 15th birthday party for a girl living in a rural village.
They will also be visiting our friends at San Martin, a home for special needs adults and another orphanage for HIV children. 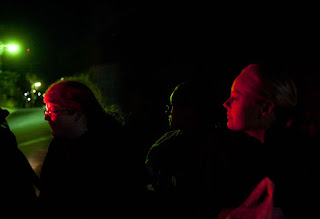 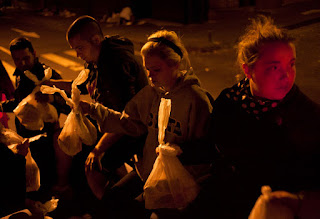 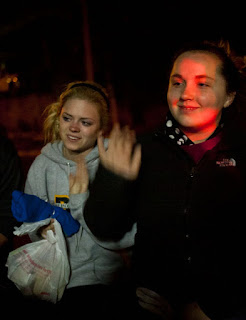 (Photos provided by www.johnpaulhenry.com)
Posted by Starfish Orphan Ministry at 11:26 AM