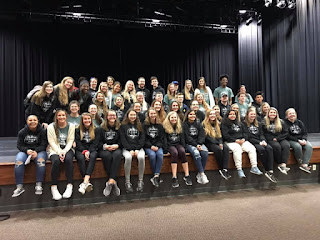 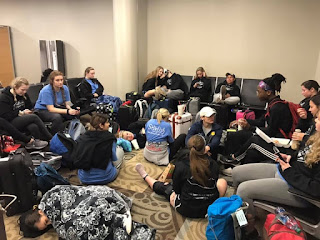 After much preparation the McCracken County High School team left on Wednesday afternoon for El Salvador. They hit the ground running and got started to work right away. 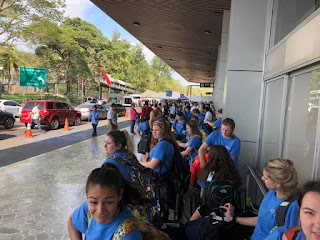 Emily Hull: "Yesterday afternoon we arrived in the beautiful, hot country of El Salvador. The bus ride from the airport to the mission house was such an interesting experience. It was our first glimpse of the country and we saw a lot within the first 40 minutes. The first thing I noticed was the way people drive. There are no speed limits anywhere, and people walk right along the busy roads. There were also people selling goods like flowers or chairs right along the highway. 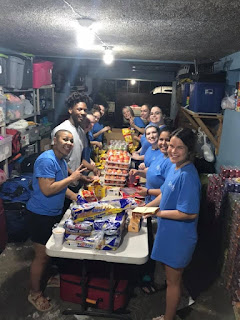 Later that night we all split into groups of 4, my group was first for feeding the homeless. Once the truck was loaded with the bags of food, we all piled in. They told us it was very important to hold on, since I was sitting in the very back I learned very quickly why. Driving through town we made a ton of stops, very quick stops. We came across a certain area where our advisors yelled "comida" (food) and several people came running. Being able to see how some people live really opened my eyes to what I have back in the states. A lot of the people we gave food out to were nice (and some even knew the advisors)But, there were also people that weren’t. Before we left John told us that these people were at the lowest point of their lives. Seeing people get so happy over a ham sandwich made me feel so blessed for what God has given me. I learned the phrase "Dios te bendiga" which means God bless you. This phrase, we said a lot when we gave out the food. There were many different people, and we wanted them all to know no matter their situation that God loves them. Seeing smiles on many people’s faces made me feel so happy. I had a fantastic time feeding the homeless and I would do it any night if given the opportunity.

Once we got back to the mission house it was very late and most everyone was sleeping. By the time I got into bed, I was exhausted but very blessed and grateful for this wonderful opportunity God had given me.

(In respect of the homeless and their time of struggle, no photos are taken on these outings.) 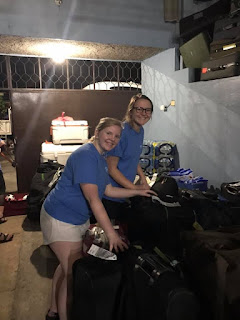 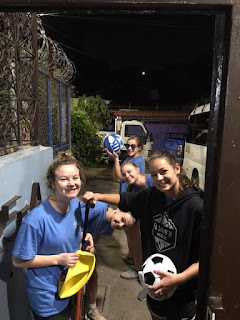 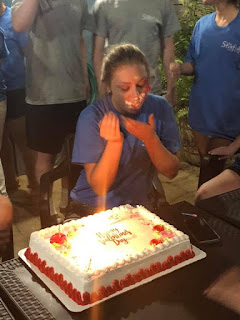 Posted by Starfish Orphan Ministry at 10:32 AM