"No. She's not a prostitute. She's a person - in prostitution." This ironic statement John read to us proposed perspective tonight as we ate, and later prepared "The King's Meal". After a long and busy day, nothing was more comforting than coming back to the smells of a warm dinner in the mission home. John explained to us that we were going to have the opportunity to share this same hot dinner with the homeless in San Salvador; to them it would be like receiving a king's dinner.

Arriving at the mission house around 2am Monday morning didn't seem to have an effect on the team when we woke up early this morning and headed to church. It was exciting to see two cultures so passionate about one God worshipping in the same place. Translators allowed us to understand exactly what was being said, but the faith of our el Salvadorian brothers and sisters was evident on its own without the actual words. We also had the chance to lead the children's Sunday school class. 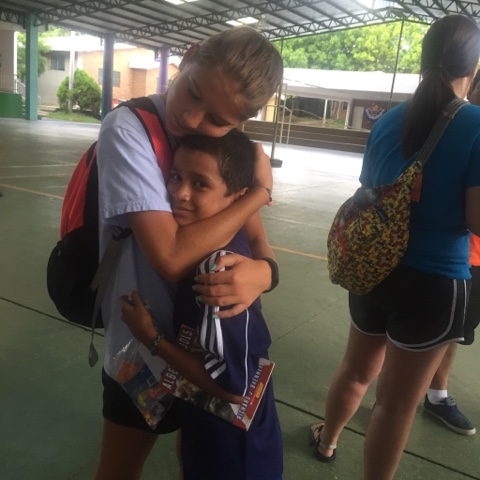 Shortly after, we were on the road traveling to the orphanage Nuevos Pequeños Hermanos. The children literally welcomed us with open arms; eager to be an audience to our puppet show, an opponent in the soccer game, and to get in line repeatedly to be transformed by face paint.

As I look back on the day and have so many details to share, it would be easy to describe the people in my interactions as the world has labeled them... Orphan, homeless, prostitute. John reminded me that Jesus doesn't see it that way. We are each His individual child, so precious in his sight. The little girl who rode on my back for hours and taught me the tricks of volleyball only a four year old would know isn't merely a number in the 147 million orphans world wide to God. The Lord isn't going to forget the child walking up to take a meal from the king's meal while clutching a bottle of glue that has been killing his hunger pains. Each of these are a PERSON wonderfully made by the hands of God. How blessed are we this week to share Christ's love with each of these wonderfully made people, and experience the world from someone else's eyes! 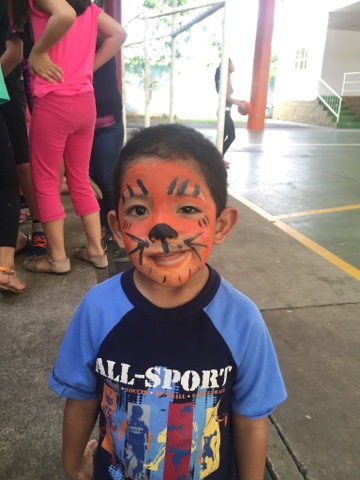 "Are two sparrows not sold for a Penney? Yet not one of them will fall to the ground outside your father's care. And even the very hairs of your head are numbered. So don't be afraid. You are worth more than many sparrows." -Matthew 10:29-31 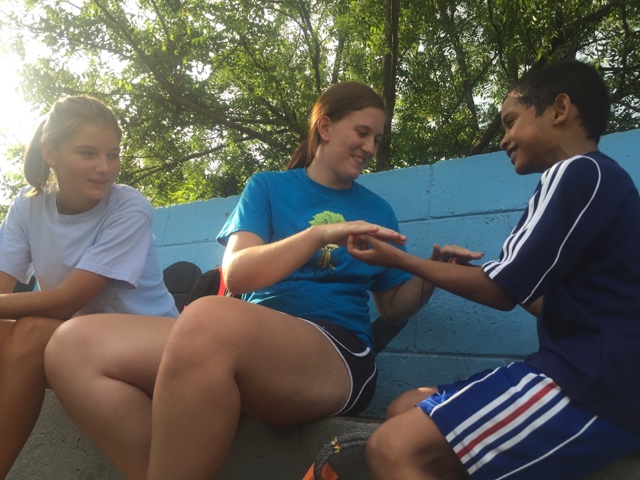