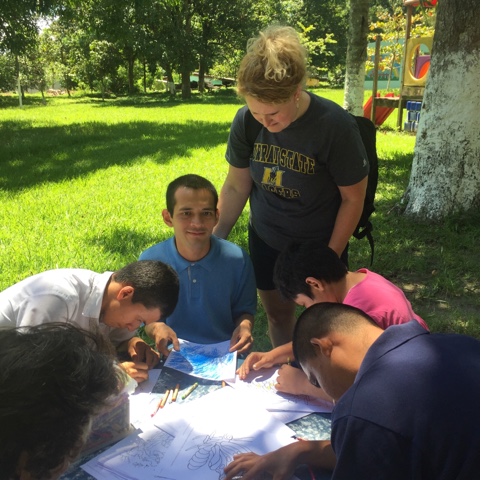 Today, we spent the day at two orphanages here in El Salvador.  The first orphanage, San Martin, is a center for adults with special needs.  I have heard many stories about San Martin and how it was “the happiest place on earth”.  I have sent been to Disney World, who coined that catch phrase many years ago several times, and I found it hard to believe that San Martin would be able to even compare.  Boy was I wrong.  The moment we pulled into the locked gates we were greeted by smiling faces.  The excitement that poured from these individuals was contagious.  They were all genuinely and completely overjoyed to see us and share the day with us.  We danced, we laughed, we danced, we watched a puppet show, we danced,… did I mention that we danced?  I can honestly say that I have never seen so much happiness and sheer unrelenting joy.  These men and women who had every reason to be mad at the world because of their circumstances were showing the exact opposite.  They instead were celebrating each and every minute.  However, even through all of the smiles and laughter, God still found a way to pull on my heart strings.   Upon touring the facility, we were introduced to a young man that would have no idea what an impact he would make on me.   As I walked into his home, still smiling from the cheerful greetings we had received, my heart began to literally hurt.  This young man was confined to a room that was much like a jail cell.  Because of his disability he was kept in a locked room that had bars for a door.  He sat criss cross on the concrete floor with only a mattress in the corner.  As several of us gathered around him, one of the center’s workers closed the door.  Laura began to pray over him, and I couldn't stop the tears.  I was only locked in this room for 2 minutes.  However, he was in there for a lifetime.  And while the emotion began to over flood the gates of my eyelids, I once again heard the question, “What do you see when you look at me?” 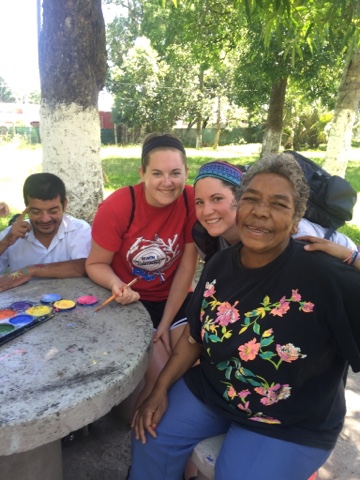 After our team left San Martin, we had an amazing lunch at The States Diner.  We then went to another orphanage, Guirola, that houses special needs children, as well as children that are HIV positive.  We were given the opportunity to just love on these kids.  We played, and colored, and danced some more.  We were able to pass out some stuffed elephants and just try to give these beautiful kids some attention.  One little boy that I spent most of my day with was confined to a wheelchair.  He was not verbal and non-communicative.  However, every time a balloon popped from the balloon animals some of our team made, the most infectious belly laugh erupted from his tiny body.  I cannot explain how much joy this brought me.  Every time he laughed, I would laugh as well.  While I sat rubbing his arms like my two girls always liked having done as little girls, his chocolate brown eyes stared into mine.  He never spoke a word or made a sound.  He only carefully gazed into my eyes.  Again I was posed the question I had been contemplating all day.  However this time it came as, “What does he see when he looks at me?”  Again my eyes began to fill with tears for the second time today.  I knew exactly why God had been asking me this question all day. 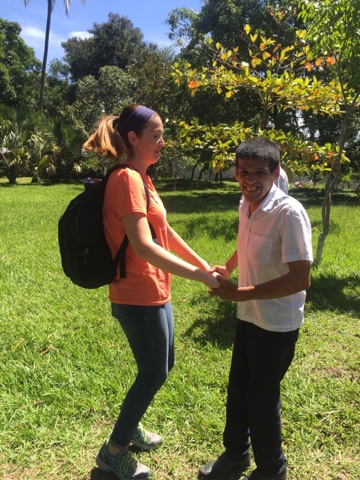 If I was to post a picture of my sweet new friend, many of you would immediately see an orphan…a child in a wheelchair… an individual that would never be able to really do anything except exist.  However, when Carlos looked into my eyes, he saw love.  He didn't see my mess of blonde curls or my extra weight.  He didn't see a teacher or even an unfamiliar gringa.  He saw someone that only wanted to make him feel loved for just a couple of hours, someone that desperately wanted for him to see only one thing in me… the love of Jesus.

Ephesians 1:4-5 says, “For he chose us in him before the creation of the world to be holy and blameless in his sight.  In love, he predestined us to be adopted as his sons through Jesus Christ, according to his will.”  It goes on to say in Eph 1:14 “who is a deposit guaranteeing our inheritance until the redemption of those who are God’s possession…”

You see, we are all born as orphans.  However, before any of us were even born, Christ made a deposit for us.  He put a down payment on us.  He said, “hey I think I want to adopt her”, He performed the first act of unconditional love and He stretched out his arms and died for us.  He didn't see a white man, a black man, a gringo, or a Salvadorian.  He didn't see someone with a disability in a wheelchair that would never walk, talk, or communicate.  He only showed us love.  He only saw a child that needed a Father, needed to be loved.  Without saying a word, he showed us His love by adopting us and giving his life. 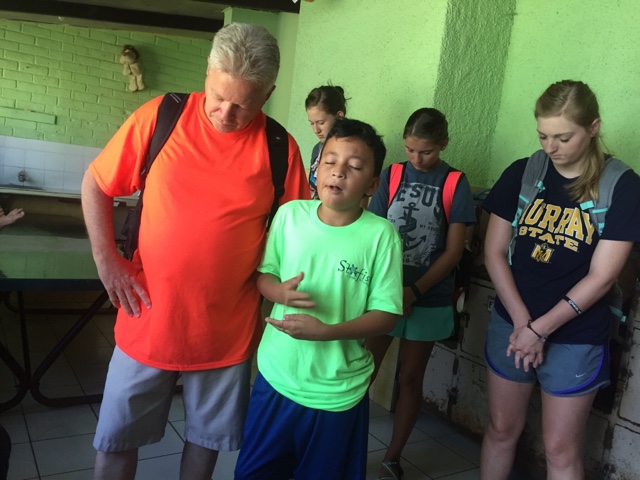 We are all so undeserving of His love.  Yet, He still gives it to us each and every day.  He still offers us His best.  However, are we reciprocating that love?

Tonight as I sit here trying to wrap this up, I now ask myself, “What does God see when He looks at me?”  I want Him to see someone that He is proud to have as His daughter.  I want Him to see someone who gave to the least of these…someone who tried to make her life about serving Him and did her best to love others rebut reservation.  I know I am not there yet.  I have a long way to go.  However, the first place I will start is love… 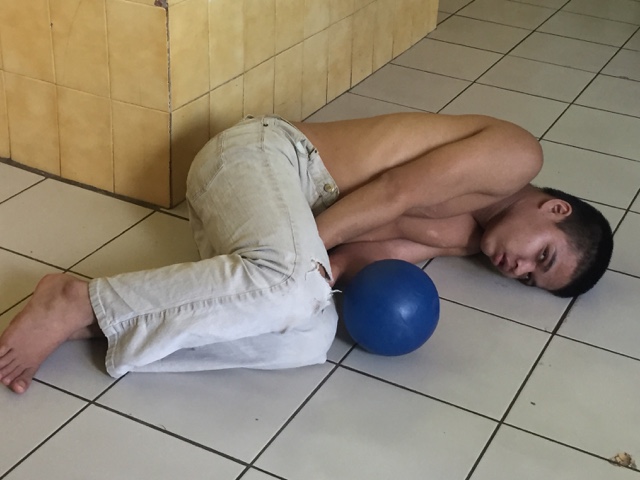 Posted by Starfish Orphan Ministry at 12:33 AM