The lowest point of their lives. . . 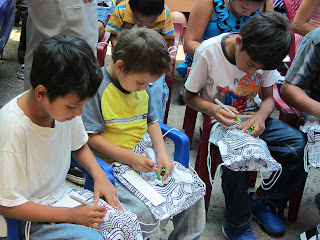 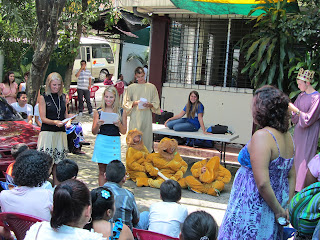 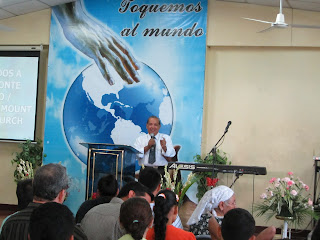 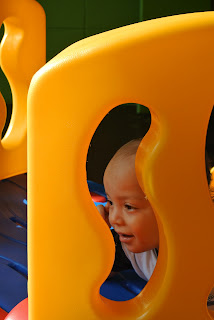 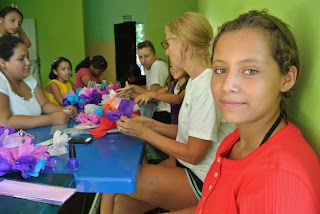 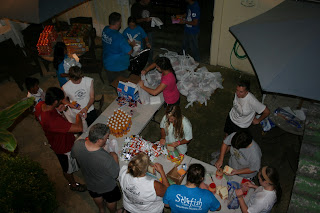 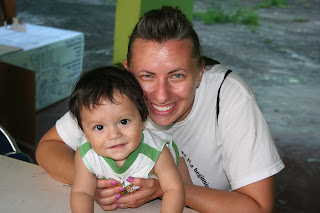 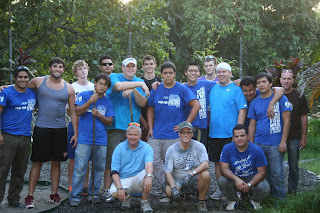 07/15/12
We arrived last night to the mission house around 10p.m. after a
quick meeting to get acquainted, learn our schedule, and prayer circle
we called it a night. This morning when we woke we traveled to a local
church. We sang spirituals that included both Spanish and English
lyrics. We also got a little educated on our Spanish speaking skills
when we performed a play for the Sunday school in Spanish (with
scripts of course.) Which was very interesting being that 3 of our
cast members had never learned a word of Spanish before. Never the
less we pulled it off and the kids enjoyed themselves. After that we
sampled “local cuisine” at Pollo Campero. It was very interesting, the
boys didn’t seem to favor flan. We then went to visit our first
center, CIPI. They boys spent most of their day creating a garden area
for the teen moms, including a play set for their children. It was
great to see some of the kids enjoying the set before we left. I liked
spending time with the teenagers and getting to know their stories
while doing their nails and making paper flowers. Following dinner we
began to make meals for the homeless. We prepared nearly 150 meals and
sent the first group off to deliver the food. Overall it was a great
first day, we got a lot accomplished and are looking forward to
building a home for a family in need tomorrow.

Callie Smith
Posted by Starfish Orphan Ministry at 1:35 AM