“13 Then people brought little children to Jesus for him to place his hands on them and pray for them. But the disciples rebuked them.14 Jesus said, “Let the little children come to me, and do not hinder them, for the kingdom of heaven belongs to such as these.”-Matthew 19: 13-14


Today was different than the other days thus far. While we were still serving the Lord and working with his children, today we worked with an all boys orphanage. From the moment we arrived on the grounds there was an energy about the place that had been a little different from all the other, however, like the others the children had still been through many unspeakable things.  Our time at the orphanage began with a tour. We learned that the boys got to do arts and crafts, learn to sew, color, and had many more activity that promoted healthy learning/lifestyle.  At the begging of the day we split into two groups, one to go paint and one to spend time with the boys.

“The boys were so overwhelming today.  They were just so happy that we were there with them and I really couldn’t understand why.  I had nothing to offer them.  They were so full of love for the “gringos” that you couldn’t help but love them too.  All we did was spend time with them, nothing special.  Most of the time we weren’t even talking because we were trying to find words we could both understand but the love showed through.  There were so many talented young men that God has great plans for, I just pray that they can see that path He has laid out for them and follow it.”-Heather

The boys just needed a hand to hold, a hug, and to hear “I love you.” They had boundless energy. Seeing this boundless energy I found a soccer ball and took a few boys out to a field to play. I am horrible at soccer and it was evident to them with the laughs I received at my mistakes. The few boys I was working with tried so hard to teach me the things they knew about the sport. They understood that I couldn’t learn it all, but that I could learn. That’s much how I felt about them,  I knew that what I had to share couldn’t be all learned in one day but that it could be learned. Playing soccer was just a way to break down the walls with the boys. It was a way to let them know I wanted to listen. A person listening goes a long way sometimes and these boys have a lot to say. The boys became less interested in playing ball and more interested in talking, so with that we set down and talked. Out of the group with one boy above all the others, He was 16 and had been at the orphanage for 2 months. He shared his story with me. It was heart breaking, but the boy still had hope, dreams, and the desire for a bright future. Please keep this boy in your prayers! 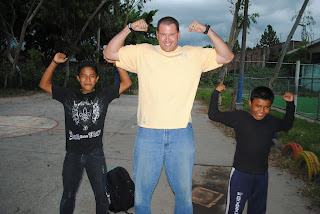 The second part of the afternoon consisted of spending more time with the boys, playing doing a craft, making balloon hats, doing the skit, and then Matt sharing his testimony to the boys.  “In my life I’ve seen many things and have been judged by my poor decisions and haunting past. At home in the states I have been denied sharing my past in fear of a parent’s child having to hear from someone like me. Here today I took everything the Lord has given me, all my poor decisions, mistakes, thoughts, heartbreak and addictions combined them with the ability to overcome fear and use the words God gives me to share my testimony with these wonderful children. I held nothing back from my past and didn’t just give a light hearted speech but a hard “you have duties as boys who will become men, fathers and husbands.” As I talked I watched the faces of these boys who I’ve been told are hard to keep attentive but they were focused on me and what I had to say. There were several who asked me questions which required reviling even more of my past and showed me the connection I had made. I was shown how they connected the similarities in their own lives and what can happen in there lives through God. One 14 year old boy however stood out above and beyond the rest as the others went to play he came over to me to talk. We sat down with a great translator began a conversation on life that was over an hour long. There is no way I can list everything we talked about but a bond was made and the inner heart of this boy pierced allowing him to let out all his troubles past and present. This boy was a God loving kid but like every one of us he has questions and confusions into why God allows so many things to happen. He taught me so much and asked me some very hard questions the hardest to answer for me being “If God knows everything that will happen then does that mean some people no matter what are destined to go to hell?”  I don’t know anyone’s opinion reading this and in effort to try and save argument I will not be including my answer to that question but rest assured that the Lord gave me the words that I use so I know they were exactly what was needed. I gave him my bracelet and explained the markings on it then we said we loved each other and I told him that even though I may not be here with him physically that he will be in my heart, my prayers and will always be my brother. I also made sure he knew I would be back in the future to see him again. He has 4 years left they say so hopefully he will be there when I return.”- Matt. When we left the boys orphanage we all got into a circle. One of us prayed for them and one of them prayed for us. The little boy’s prayer was beautiful. It is one that will stay for all of us.
Tonight we also fed the homeless. Inspired by the time before we doubled the food amount, gave out flip flops, blankets, and jeans. It was a cold and rainy night. Seeing all the people out was once again very heart breaking. Though we had doubled the food there still wasn’t enough for everyone but the ones that received will be full for another night.
God is amazing and does amazing things. He is constantly at work, in the good and the bad. Sometimes we believe that we struggle to see God in our lives and around us. It isn’t that way here. God is seen in everything that we have done. God has been in the smiles of the children, in the “thank you” of the homeless, and in the translators. The translators have been an amazing unspoken testimony. 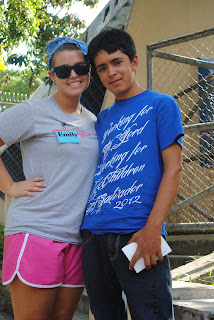 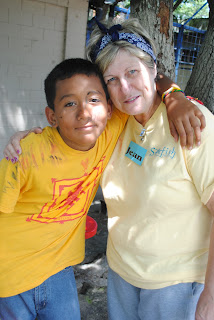 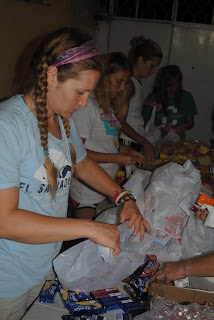 Posted by Starfish Orphan Ministry at 10:51 AM