“It made a big difference to that one.” 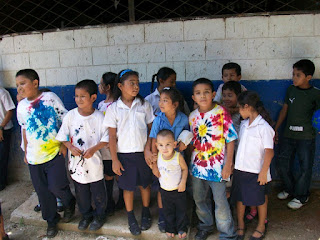 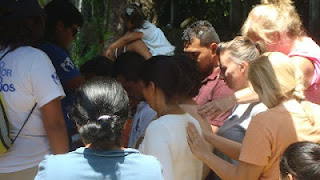 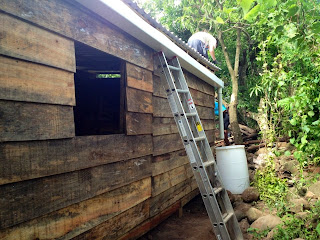 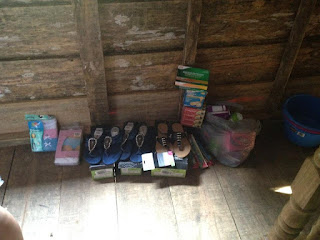 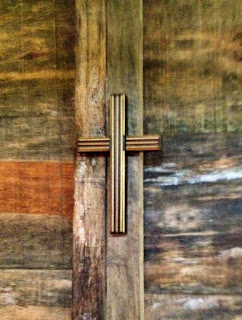 I am sitting in living room and hoping that the power will stay on long enough for me to record the events that occurred today. It is storming and thundering outside and the power has already gone out twice.
Today was a big day in our stay here: we fed the community of Suchitoto, and finished the house for the Herndanez family. After eating a wonderful breakfast (I am continually impressed by their hospitality down here at the mission house), we loaded up the buses and set out.
After a long bus ride, we arrived at the school where we would feed the community. There were a bunch of kids there, and many of them immediately put their new soccer balls to use (thanks, all of you who helped pay for those). While we had fun with the kids, the more responsible adults grilled hot dogs, and soon it was time to eat lunch. All of the people seemed pretty excited by the food; and it was special to play a part in feeding them, especially knowing that some would not get a meal like this very often. Soon, however, we had to leave the festivities and head back to the work site.
The work at the house was easier for most of us today, although some of us (particularly Bennett and Kurt) still worked very hard. After a few hours, the house was finished; and it was time for what was undoubtedly the most memorable part of the whole experience: the presentation of the house to Rosa, Maria, and Marta.
We all gathered around the house, and Kurt told the family how it was God that had provided them with their new home, and that we just were humbled to be able to be involved. We prayed over the house and thanked God for blessing us throughout the whole process. Then Laura (Mama Starfish) presented Rosa, the mother, with the keys, and they saw the inside of their new house for the first time.
I would make mention of how they cried with joy upon entering the house, and shrieked with excitement as we showed them their new beds; but unfortunately, I wasn’t inside when they went in; so I don’t exactly know what their response was. But regardless, after seeing their house on Monday morning, and comparing it now, I know that God has done a mighty work these past two days. On Monday, they lived in a shack with a leaky roof and a rusty rain barrel filled with amoebic creatures. Tonight, they have a door, windows, three new beds, and clean linens. As I hear the rain outside, I know that they aren’t getting wet, and instead the rain is dripping off into their new (plastic) water barrel.
Still, as I look back, I can’t help but feel a little sad as well. How much easier we have it here, sitting in an air conditioned house, complaining about the “unreliable” electricity in the storm, and writing on laptop computers. I know that even though we have helped the Hernandez family, there are tons of others who have it just as bad and worse. Feeding the homeless on Sunday night revealed that to me in a very real way.
And yet, at the end of the day, I am reminded of the story for which this ministry is named. The morning after a terrible storm, a young boy walks along the beach and sees a multitude of starfish that washed ashore overnight. Knowing that they will die if they are left alone, he begins to fling them back into the ocean, one by one. An old man who is also walking the shore that morning approaches the boy, telling the boy the folly of his plan. “There are thousands of starfish on this shore,” he reasons, “you won’t be able to make any difference.” The boy thinks for a while, and then flings another starfish into the sea. He then replies to the old man, “It made a big difference to that one.”
These past few days, God has worked through us all in a very big way in the life of three of these starfish. It has been awesome to be along for the ride and watch Him at work.
Seth Trammell, on behalf of Starfish Orphan Ministry, 7-17-2012 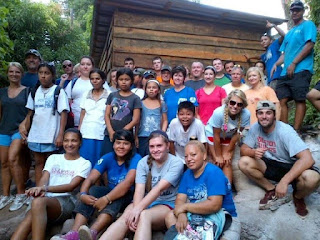 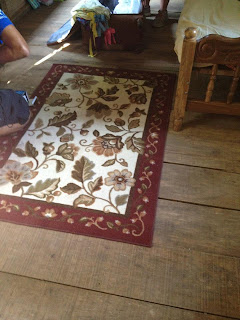 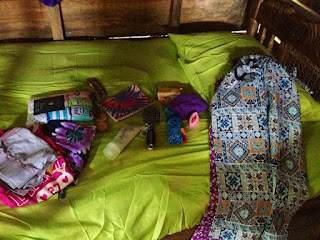 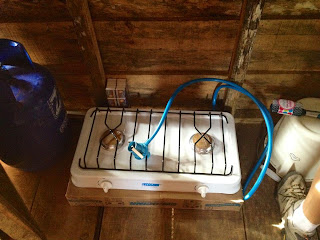 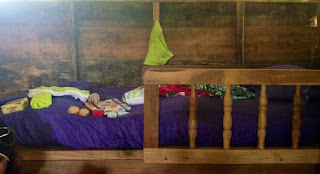 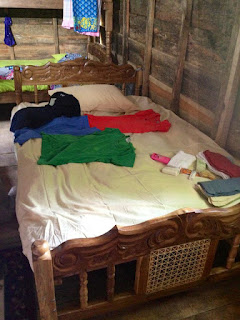 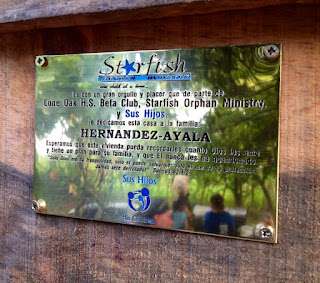 Posted by Starfish Orphan Ministry at 12:20 AM