Sunday, A day full of fun and hard work 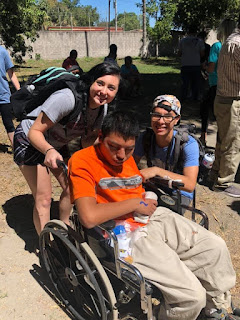 Today started out later than usual, which was the first blessing of the day. After a 15 minute drive in El Salvador time, which is really an hour, we arrived at San Martín—the happiest place on earth. It was truly enlightening to see how happy these special needs individuals were. Despite not having video games or air conditioning or pizza, but they still had a fantastic time. My personal highlight was playing an impromptu game of tips with two individuals and witnessing the pure euphoria of a simple game of tossing a ball. While today’s progress was not visible to the eye like building a house, it was most definitely impactful to these kids.
~ Garrett Rudolph 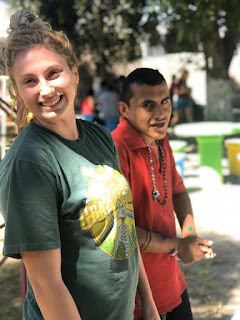 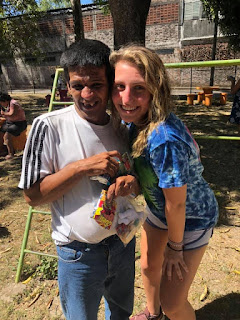 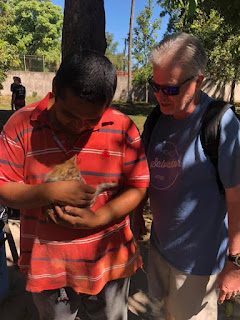 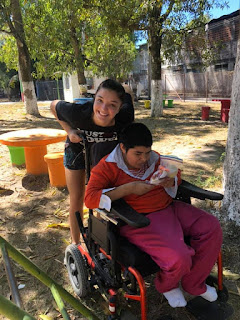 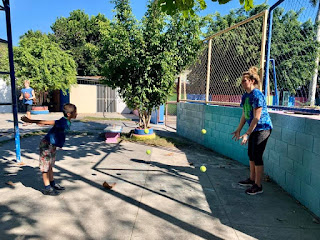 San Vicente de Paul is a catholic orphanage that we had the opportunity to visit. Our group set up face painting, arts and crafts, a popcorn machine, and a snow come machine. I got to play basketball with some of the children there and even eat snow cones with them. We also got the neat experience of talking to one of the nuns there about the beautiful artwork some of the kids make. (mugs, sculptures, etc.) I loved how everyone was so joyful there, and I’m so happy that we were able to spend time with the children.  ~ Macy Kate Bynum 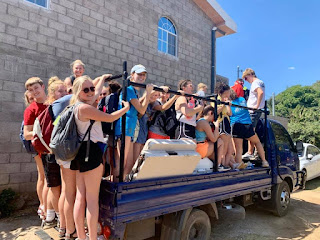 The states diner is a restaurant that assists boys and girls in transition homes. It teaches them job responsibilities and independence.
After six years, the diner has been blessed with a bigger building. Our group was lucky enough to assist them in their move and pray over the new building. It took a lot of team work to move all the furniture out but it was a rewarding task.
~ Alli Douglas 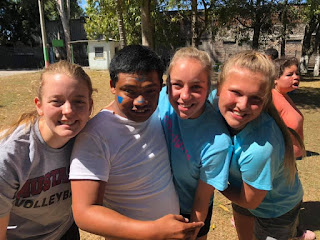 Brooke Bowling’s reflection on the day ~ 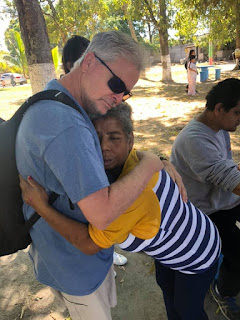 This whole trip has been incredible, however, yesterday as a whole was incredibly moving. We began the day at San Martín, a mentally challenged adult orphanage. Despite their unfortunate conditions and their life in a world that sees them as less than, they were some of the happiest people I have ever seen in my life. We spent our time there dancing, face painting, and loving on those who may have never felt love before.
After this, we headed to San Vincente de Paul orphanage for children under 18. We held a festival of sorts filled with face painting, popcorn and snow cones, basketball games, etc. Seeing the children’s eyes light up when the walked in was something so touching. In the states something like this is for children so normalized, but for the orphans in El Salvador, this may be their first time to see anything like this.
At the festival, I began face painting. I can’t speak spanish, so when they asked me what they wanted done, the majority of the time I couldn’t understand. Yet, when I would draw a “corazón” (heart in english), they never looked upset or ungrateful that they may not have gotten what they wanted. They always smiled at themselves when they looked in the mirror and it brought tears to my eyes. They don’t care if I can’t understand them, as long as I am sitting there spending time with them, they are more than content. This is something us Americans could practice. Being happy with what God has given us, and not continuously wanting more.
Soon after everyone had been face painted they began to play outside, I ran out there with them to find the teen mothers outside with their babies. This specific orphanage takes in teen mothers when they are pregnant or have recently had a baby. There were so many, ranging from ages 15-17, some having two children already, all with absent fathers. Being 16 years old, this pulled at the strings in my heart. Although this is prevalent in the United States as well, I couldn’t imagine being so young raising a child alone in a country that already feels so lonely. To add, adoption is optional in the United States for young mothers. However, adoption in El Salvador is a process that takes at least eight years, making it less likely that this child will ever make it out of this poverty. I held the babies and just cried imagining the hardships the child will go through. Both of the orphanage visits yesterday truly opened my eyes to how blessed we are to live in such a free country.
When we came home, we were able to attend a bible study with both the boys and girls transition homes ran by Sus Hijos (the foundation we are here with). Each transition home is a place for children who have no where to go when they are kicked out of the orphanage on their eighteenth birthday. Many of them are in the orphanage because of a horrible family or a lack of family, however to avoid each of these circumstances the streets are the only place to go. I fed the homeless on Friday, where I saw just how terrible the streets of El Salvador are. They are filled with gang violence, drugs, and prostitution. This is no life for a child who has just turned 18, but for many it is the only option. This is why transition homes were introduced, where they can stay for two years after they are legally an adult to
figure out what they can do to avoid this future.
At the bible study, a woman named Anna who helps run the girls home spoke in spanish, while the other woman who helps run the girls home translated it to english. This in itself was powerful. Seeing how God’s grace reaches so many different languages has been something very moving this week. She spoke of Hannah, a woman in the bible who had trouble carrying a child in a time when that was pretty much a woman’s only job. The story in first Samuel talks about how she prayed and prayed, but never conceived. Finally, she wept as she prayed to God, telling Him how she would give her child to Him to do His work. Her child was named Samuel, and he spent his life teaching God’s word. This story connects to everyone.
Often, I catch myself praying for things that I believe can never happen, or praying for things for the wrong reasons completely. This story shows how you can pray and pray, but until you know that what you are praying for is a way to glorify God, you are praying for the wrong reasons. Overall, this trip and this specific bible study, showed me that God has no barriers. No language barriers, no geographical barriers, none at all. God can reach every color, every language, everywhere, if only we as Christians choose to go out to the world and proclaim His name. 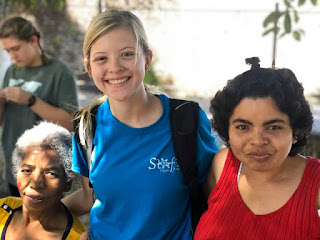